The XM2-GEOMA Group has focused its scientific activity of the last 20 years on the study of the Galician Rias, which is allowing to establish and quantify for the first time a general model of sediment transport in the Rías Baixas. This is of great importance in the management of natural resources and their environmental quality, as evidenced by the number of competitive projects led at the regional, national and international levels (see Project section).

In the last decade the group’s efforts have focused on the use of non-nutrient-based multiproxies for the study of the transport of materials from the Rias to the Continental Shelf and its transfer through the Continental Slope to the adjacent ocean basins. These studies of transport and sedimentation are very important since the sediments of the Continental Margin of Galicia allow the study of the peculiarities of the transition from the last interglacial (senso lato) to the present moment. The knowledge of the rates and magnitudes of the changes of this system are key to understanding the processes and feedbacks associated with its climatic dynamics and, consequently, its role at local and subregional level during the last 30 to 50,000 years from the sedimentary record. 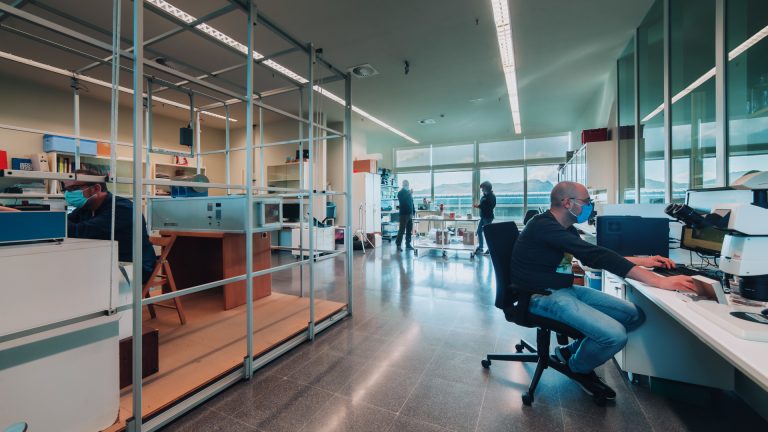 In recent years the group has achieved an optimization of human and instrumental resources with a rational use aimed at obtaining indirect benefits to the final product, with a solid scientific basis.

This results in the current offer of new perspectives in the design and implementation of new technological and methodological tools in marine research oriented to the integral management of the coastal zone: environmental impact, coastal engineering, pollution, with special emphasis on the compression of the Integral dynamics of the Galician Rias and prospection of energy and minerals resources in the regional scope.